LTL and full truckload shipping (FTL) cargoes are transported to the Netherlands several times a week.

Cargo transportation from the Netherlands

Long-term partners in the Netherlands guarantee picking up of the cargo on the next day from the date of the order placement, so we can satisfy not only your expectations, but also to release space in the consignor’s warehouse quicker.

Distribution of cargoes transported from the Netherlands are carried out within 24 hours in Lithuania (upon the request of the customer, we can also offer express delivery by our minibuses on the same day after it reaches Lithuania).  We can also be proud of fast delivery and in Latvia, Estonia. We will transport cargoes to these countries within 24-48 hours from the delivery of the cargo into our warehouse.

Cargo transportation to the Netherlands

LTL and full truckload shipping (FTL) cargoes are transported to the Netherlands several times a week. We will pick up your cargoes within 24 hours.
Cargoes from Lithuania are departed on Tuesdays and Fridays, however, by adapting to your preferences, we offer flexible schedule for departure of cargoes. 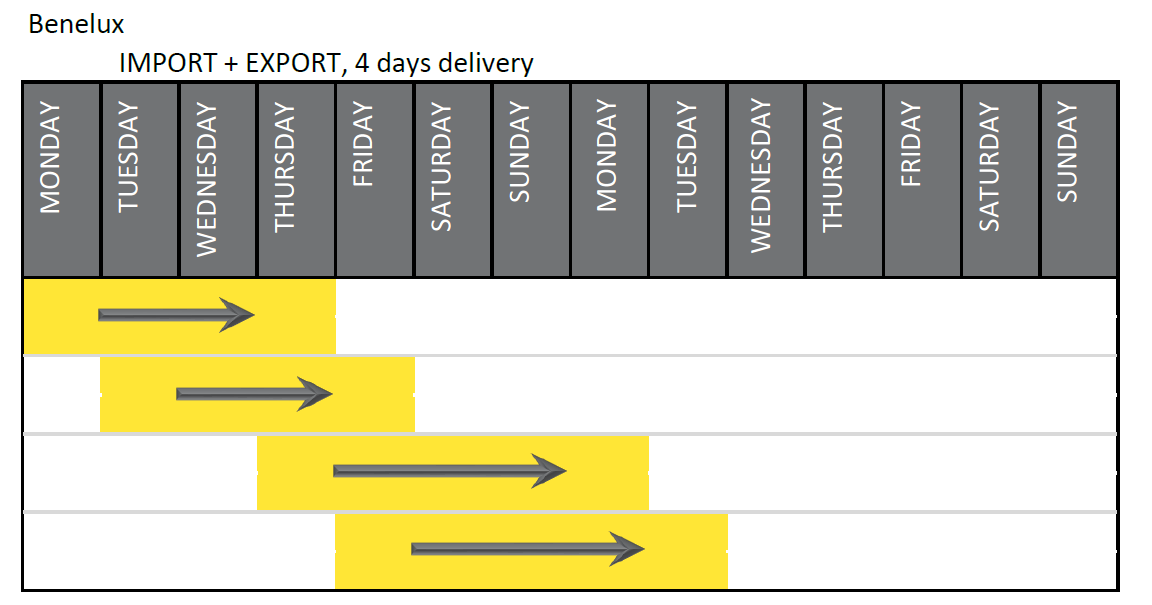